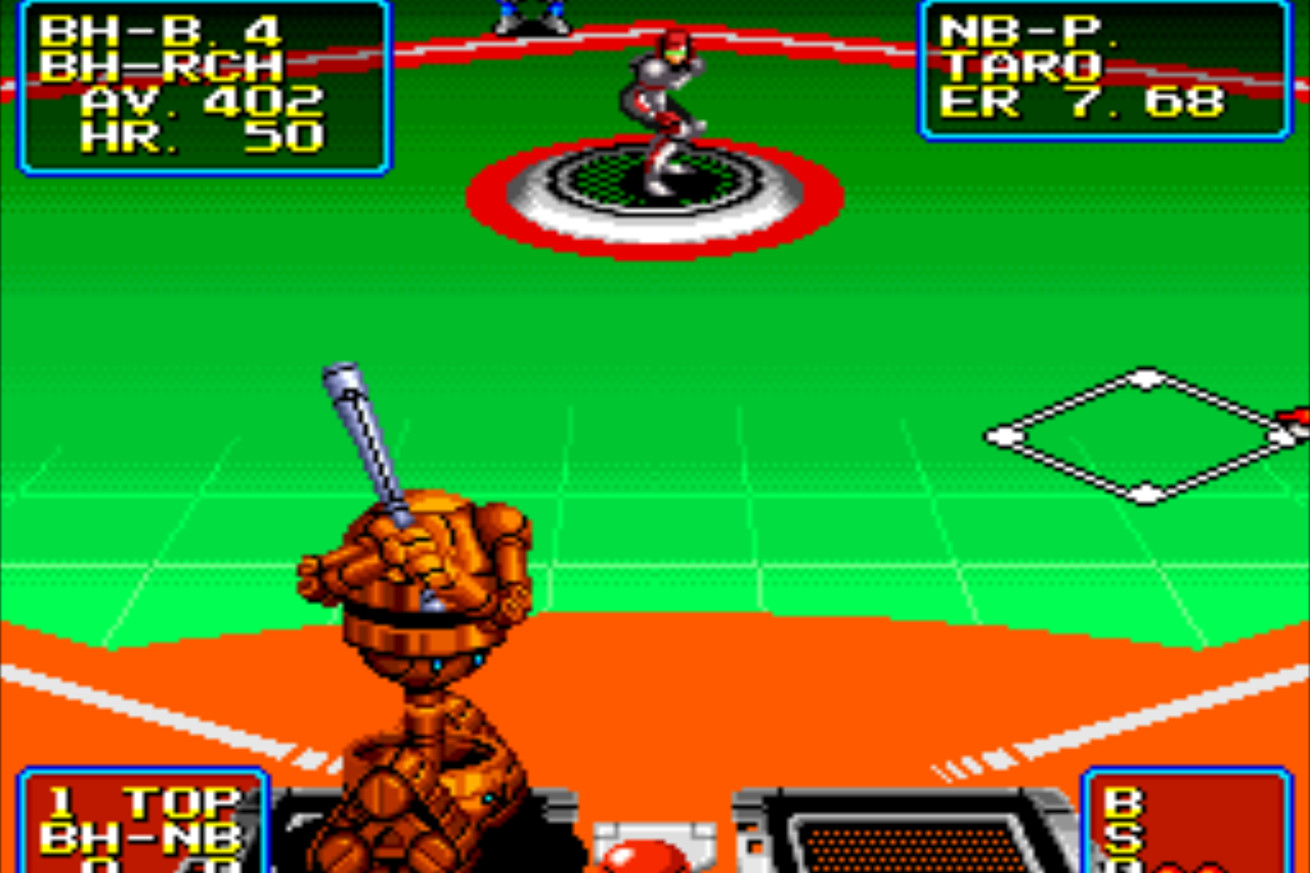 Sports are dumb. Video games are also dumb. But dumb sports video games are the best. We’re on a quest to find the best video games for every sport that are also WEIRD and dumb. We did this because you all liked WEIRD Sports Games so much. So, you’re welcome?

One of the things you’ll notice is the weird sports games that are good tend to be closer to the sport, but with weirdness around them. The games that manage to be weird and also great tend to focus on fast action that resembles the sport in some capacity.

Let’s get this out of the way ahead of time so there’s no debate on the subject: scientifically, Ken Griffey Jr. Presents Major League Baseball for the Super Nintendo is the best baseball video game of all time. I will not accept other submissions as other submissions are incorrect.

Now, many will note that in my article on weird games, I did talk about some genuinely good ones (and some ... less than good ones), and those totally qualify for this! But the winner of the baseball category, Ninja Baseball Bat Man, isn’t actually about playing baseball. So instead, I’ve got two games to compete for the title ... Base Wars on the NES and Super Baseball 2020 on the SNES.

While I love Ninja Baseball Bat Man, the arcade game I named as the weirdest baseball game, it’s not really about playing baseball. More than any other sport, baseball has a ton of weird video games, and several good ones. But these two come up the most in conversation and they happen to be two games I haven’t played a ton. So in preparation for this article I played both, and I have some thoughts.

First, a bit about the games. Base Wars came out first, and features a bunch of robots (a cyborg, flybot, mcycle, or tank) playing standard baseball ... if standard baseball included fisticuffs for every close force-out or put-out. There are literal base wars, and even if you were definitely out, if you win the ensuing brawl, you get the base anyway. Now that’s a concept a big man like myself can get behind.

That’s the main hook, but the game also has a great aesthetic that includes multiple types of robots. The pitching robots fire the ball out of an arm cannon. The catcher is a unicycle robot and it controls like it. The ball moves pretty quickly as, again, it’s robots throwing the ball.

Things get a little Too Real when you read the backstory for the game: it’s the 24th century and baseball team owners have grown tired of paying large player salaries, so they replaced them with robots. It has a tournament mode with some mild RPG elements, where you can upgrade your robots with better weaponry or simply repair them in advance of your next game.

As it came out on the NES, there isn’t a lot in the way of extra modes, but Base Wars is a very solid baseball that can be enjoyed by virtually anybody.

And then we get to Super Baseball 2020, which is a lot like a more grown-up version of Base Wars, since it came out a console generation later. But if you told me it was a sequel to Base Wars, I’d believe you. Like Base Wars, the game features robots, but it also features humans that have been upgraded with armor, sensors, jetpacks, and more so they’re on a level playing field with the machines.

Featuring the beautiful Cyber Egg Stadium and no others, Super Baseball 2020 resembles standard baseball pretty closely with a few exceptions. The first is, obviously, the robots. The second is that home runs can only be hit at the center field wall, and the other areas of the outfield stands are covered with protective glass that bounces the ball back into play. The foul zone is much smaller, and there is a “stop zone” that causes a rolling ball to come to a dead stop when it crosses it, as well as a “jump zone” for higher jumps near the centerfield fence.

Also there are landmines.

The major difference between human and robot characters is the characters can literally explode if you work them too hard (excessive running, diving, etc). You can also use money earned from getting on base, getting players out, etc., to upgrade players mid-game. You could load the bases, then upgrade the hitting of your next batter by spending that money. It’s a really unique and fun system that adds a lot to the game.

[Hey, you made it to the bottom of a post about video games! ESPN Plus has stuff about that, too]

Stan Kasten: “I Am Completely Certain” Andrew Friedman Returns To Dodgers In 2020