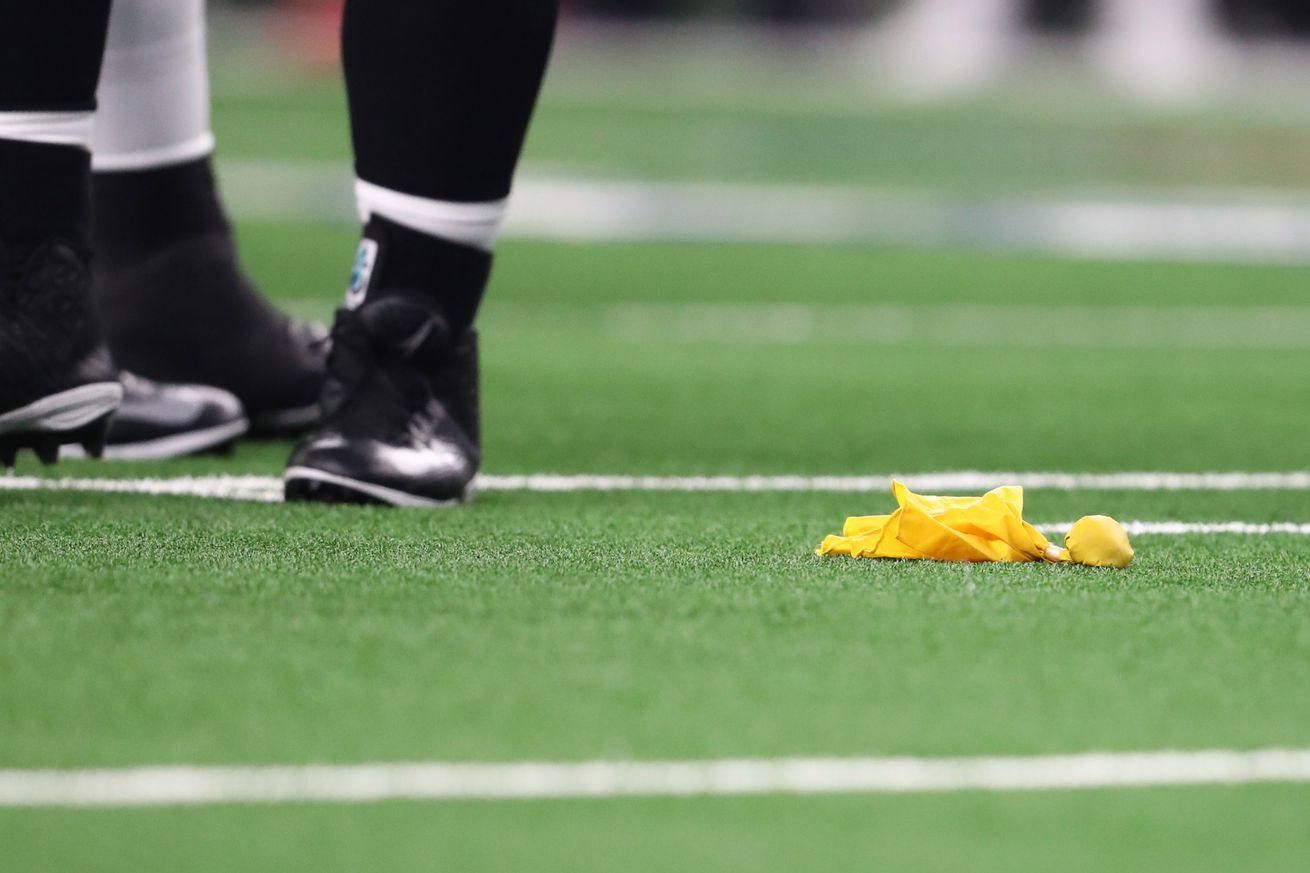 You know it’s bad when the guy who made a career off a crazy call is jumping in.

I’m not going to defend that football game that came on Thursday night between the Tennessee Titans and Jacksonville Jaguars. What is there to defend? That was one of the worst football games I—and the rest of the world by extension—have been subjected to. The only sad part is I watched most of it, and some people got to tune it out by half. And by some people, I mean NFL players. And by NFL players I mean one of the best quarterbacks to ever play in the NFL.

You know this game’s officiating is terrible when the quarterback whose legacy was built on a bizarre call is complaining about it.

It’s even more ironic when there’s a story making the rounds where Miami Dolphins linebacker Raekwon McMillan was told by the officials to, “stay off Tom [Brady].” This isn’t the first time we’ve seen shady quarterback calls, and Cam Newton was once told he wasn’t “old enough” for a call.

Well, offensive linemen are old enough for holding calls because the flags were in the double digits for the offense. It results in what already was a Thursday night game that appeared uninteresting (sorry Titans/Jaguars fans) getting even more unwatchable. We’re talking preseason Week 1 unwatchable.

Things got a bit better in the second half, but it was still another argument as to why the NFL even wants to roll these Thursday night games out. It’s the game no one wanted and those rare games that become classics are so few and far between.

Brady brings up a point though. It’s not just this game; the penalties to start this year have been questionable. Everyone remembers the holding call on Joe Staley that made no sense against the Bengals, and that’s just the start of it.

They have said holding is a point of emphasis this year and I do think certain offensive lines of certain quarterbacks got away with a lot. On the same token, you’re trying to tell players that you’ve let get away with holding for years that they can’t do it near as much and squelch years of habits out. Maybe if they went full speed a bit more during training camp, it would help. I don’t know.

All I know is last night was bad officiating, bad football, and bad TV. It signifies a growing problem that I think we bring up every year. Has the officiating gotten even worse? Is the NFL becoming unwatchable?

I think Oscar put it best:

The NFL focuses on all the wrong things.

Did we really need an uptick in holding? No. But this is the world the NFL wants. And it’s stupid. https://t.co/JQUnOCzhqr

On Thursday Night Football, the broadcast said that holding is up 64% through two weeks of the NFL. That’s insane.

Four matchups to watch for the 49ers home opener

Golden Nuggets: Mike McGlinchey vs TJ Watt a matchup to watch in Week 3