Cowboys vs. Dolphins: Miami is lacking any kind of offensive firepower, but QB change could add a spark 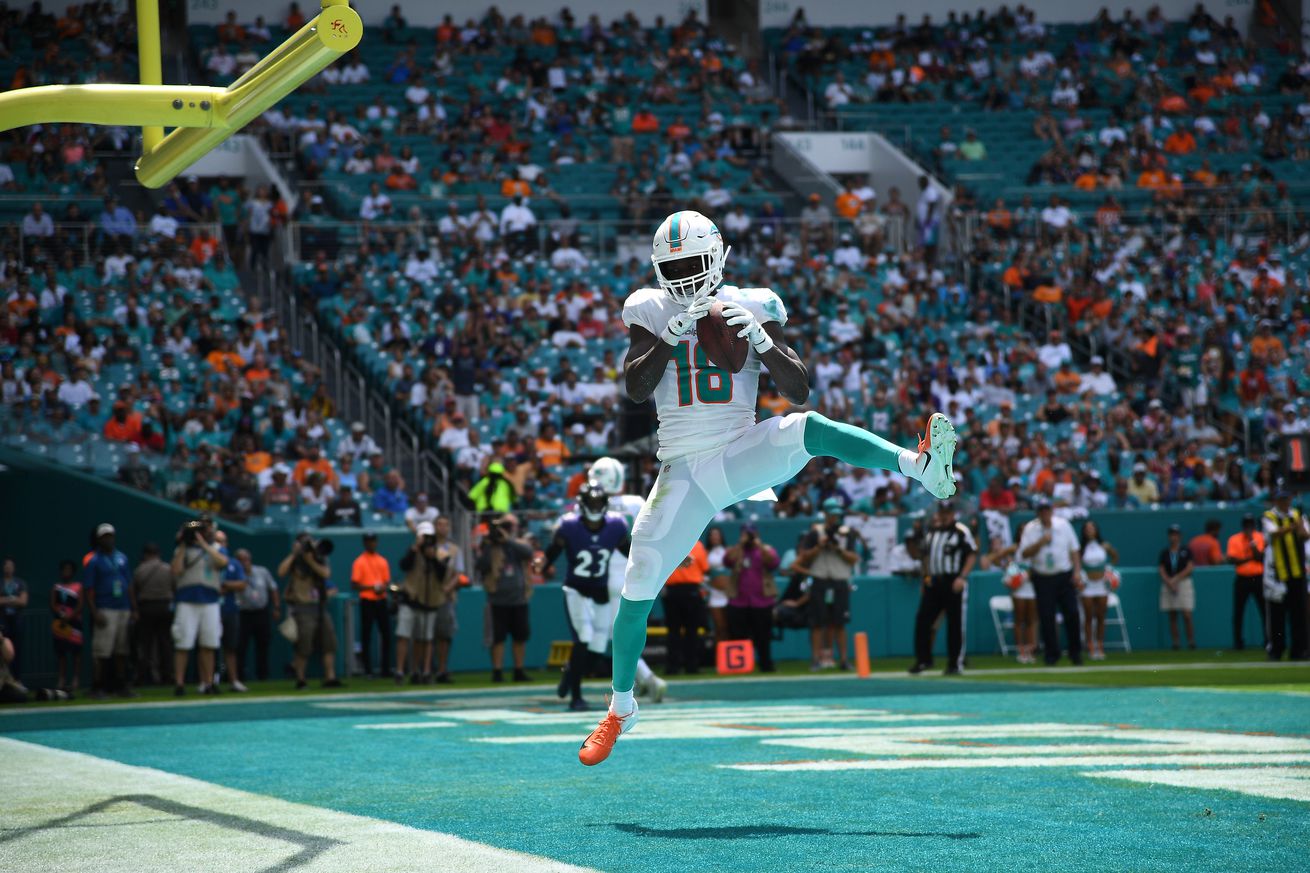 Looking at the Dolphins’ offensive personnel.

The Dallas Cowboys have made their first two games of the 2019 season look nothing short of easy. Aside from going down a touchdown early in both contests, Dallas largely controlled the entire game en route to comfortably beating both the Giants and Washington.

Week three does not appear to provide the Cowboys with any more of a challenge, as the win-less Miami Dolphins come to town. The Dolphins have looked absolutely terrible through two games in the 2019 seasons: first getting blown out by Lamar Jackson and the Baltimore Ravens and then getting steamrolled by Tom Brady and their divisional rival, the New England Patriots.

With a trip to Dallas on the horizon, the Dolphins have made a move — other than trading away Minkah Fitzpatrick to the Steelers — that could give them a change in identity: benching Ryan Fitzpatrick in favor of the quarterback that they traded away their second-round selection for, Josh Rosen.

The Dallas defense will be tasked with stopping a new starting quarterback that is surrounded by a, well, not-so-good supporting cast. Here is a look at three offensive players to watch on Sunday:

Josh Rosen was considered among the best quarterbacks in the 2018 NFL Draft that featured the likes of Baker Mayfield, Sam Darnold, Josh Allen, and Lamar Jackson; however, the former UCLA star has not been in ideal situations, to say the least, thus far in his professional career — first with the Cardinals, now with the Dolphins.

Behind two lackluster offensive lines, Rosen has struggled. Though, the Dolphins are giving the former top-10 selection a chance to show them something this season, as they have announced he will be the starter over veteran journeyman Ryan Fitzpatrick moving forward.

Rosen is a highly intelligent quarterback with a strong arm to go along with his high football IQ. With nothing to lose, expect Rosen to be firing away on Sunday. Can the Cowboys defense make him pay by forcing their first interception of the season?

Rosen will have to deal with more than just a sub-par offensive line; the Miami offense is largely lacking offensive weapons for its young quarterback to succeed with. With that said, former Alabama running back Kenyan Drake is a player that has been able to produce when given opportunities for the ‘Phins.

In 2018, Drake rushed the football for 535 yards and four touchdowns, and an average of 4.5 yards per carry — nothing too special, but Drake was the reliable back in the Miami backfield.

The most remarkable play of Drake’s career in Miami came last season. The Dolphins needed a miracle to knock off the Patriots, and Drake answered the bell in incredible fashion:

4th quarter
⏱7 seconds on the clock
THE “MIAMI MIRACLE”

The @MiamiDolphins lateraled for a game winning 69-yard TD vs. the Patriots.

This season, Drake has struggled to find a rhythm in the Miami backfield, as the coaching staff has decided to go with a running back by committee approach with Drake and Kalen Ballage. Still, the Cowboys’ defense needs to be prepared for Drake having a big game on Sunday. Stranger things have happened.

A go-to wide receiver could be big in a quarterback’s development as we have seen right here in Dallas with Dak Prescott and Amari Cooper. While Preston Williams is far from a proven commodity right now, the Colorado State product flashes big time talent and has developed a connection with the Dolphins’ starting signal-caller during training camp and the preseason.

Williams was a five-star talent coming out of high school before signing with the Tennessee Volunteers. The Georgia native eventually made his way to Colorado State where he produced a 96-catch, 1,345-yard, and 14-touchdown season in 2018. Because of off-the-field concerns, Williams went undrafted. His talent, however, has never been the question.

Through two games in 2018, Williams has totaled seven receptions for 81 yards and a touchdown. With Rosen throwing the ball, that production could see a spark (albeit Williams actually dropped a dime from Rosen last week).

There are no “sure wins” in the NFL, but the Cowboys are certainly expected to walk away with their third win of the season on Sunday. Stopping these three players will play a big role in pushing the Cowboys to 3-0.

‘Ad Astra’ Is a Masterpiece, and Brad Pitt Has Won 2019. Plus: James Gray on Making His Space Epic.