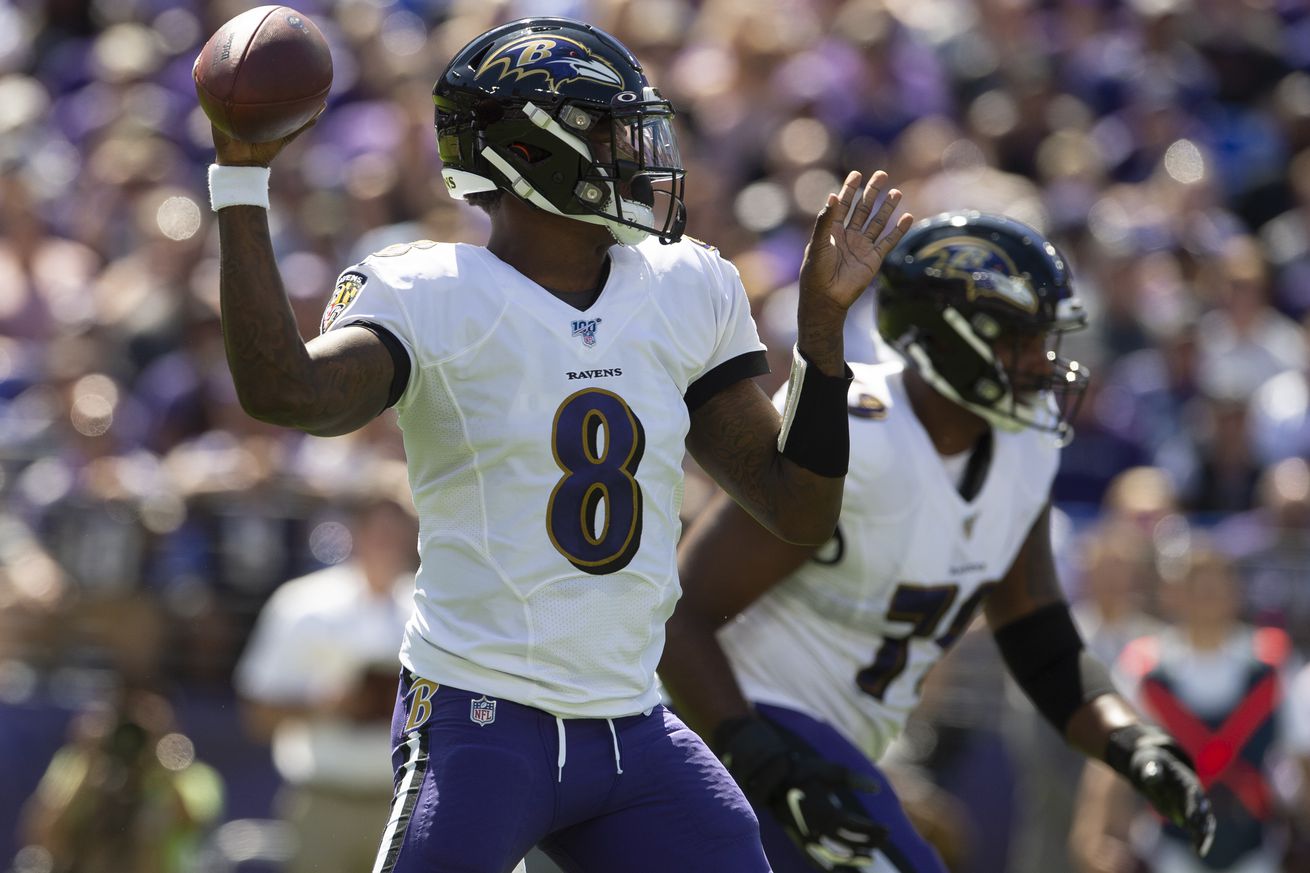 The Baltimore Ravens will be looking for an upset on the NFL odds on Sunday afternoon on the road against the Kansas City Chiefs.

The Baltimore Ravens are 8-1 straight up and 7-2 against the spread in their last nine regular season games since Lamar Jackson has taken over as the team’s quarterback. Jackson and the Ravens will look to extend their regular season winning streak to six games with a win over the Kansas City Chiefs on Sunday afternoon.

Baltimore is a 5.5-point road underdog on the NFL odds in Kansas City at sportsbooks monitored by OddsShark.com. In their last 12 games played in the month of September, the Ravens are 10-2 SU.

The Ravens entered the 2019 season as a distant third favorite to win the AFC North behind the Cleveland Browns and the Pittsburgh Steelers. What a difference two weeks can make. Pittsburgh is 0-2 and Ben Roethlisberger is out for the season with an elbow injury, and the Browns have had mixed results in a 1-1 SU start. Baltimore meanwhile is 2-0 and has a legitimate argument that Lamar Jackson may be the division’s best quarterback. Next week’s matchup against Cleveland will tell us a lot, but the Ravens can’t afford to look past Kansas City.

In their last five games as a betting underdog, the Ravens are 5-0 ATS with three outright upsets per the OddsShark NFL Database. That stretch includes a 27-24 loss to the Chiefs last December as 6.5-point road underdogs.

Patrick Mahomes has recorded 313 passing yards in the first half of each of Kansas City’s last two games. He also has six touchdown passes in those two first halves. In other words, Mahomes has outperformed virtually the entire NFL in just the first half of his first two games alone. The reigning MVP is clearly something special, and he’ll look to help his Chiefs improve on their perfect 9-0 SU and ATS record in their last nine games played in September.

Sunday’s total is set at 52 points. The OVER is 5-2 in Baltimore’s last seven games against AFC opponents.

Lamar Jackson vs. Patrick Mahomes in a battle of undefeated teams? Doesn’t get much better than this in September. Interestingly, the visiting team is 7-2 SU and ATS in the last nine meetings between the Chiefs and Ravens; a trend that Baltimore would love to keep alive this weekend.

For more odds information, betting picks and a breakdown of this week’s top sports betting news check out the OddsShark podcast. Subscribe on iTunes or Spotify or listen to it at OddsShark.libsyn.com.