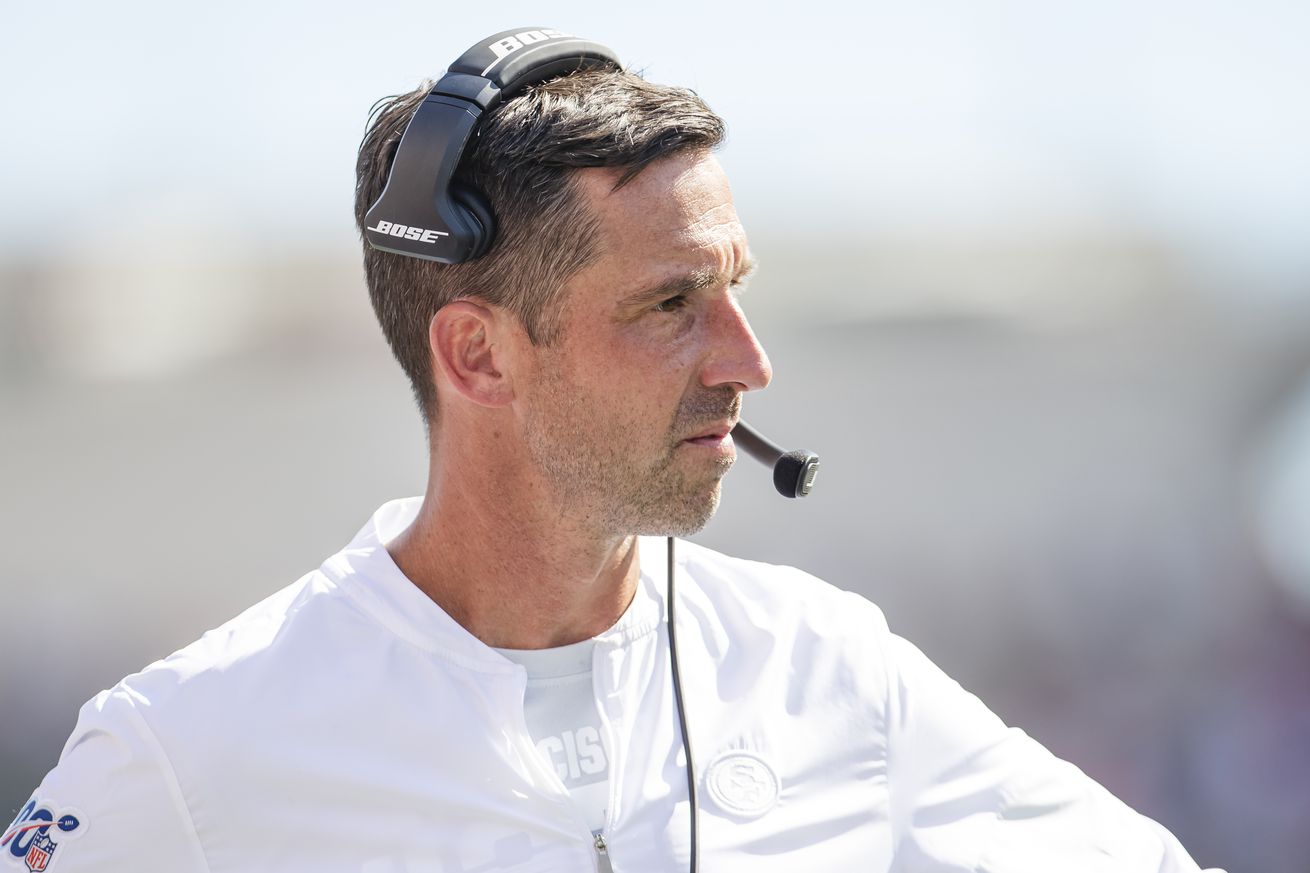 San Francisco 49ers head coach Kyle Shanahan discussed some player injuries, how special George Kittle is, and a timetable for Joe Staley. Check it out.

Can you just fill us in on Trent Taylor’s status? Did he have any setbacks and are you guys hoping to get him back?

“Yeah, we are definitely hoping to get him back in eight weeks or eight games. The bone healed up, but he had too many flare ups, soft tissue things around it. A lot of things that were causing us concern, so we wanted to shut him down for a little bit. Hopefully it won’t take all the eight weeks to get healthy, but we know with the IR rules that’s the next time we can use him.”

What kind of training camp did he have and did he look closer to the player he was in 2017?

“He looked better than the player he was in 2017. He was having the best camp of anyone on our offense. That’s why it was real unfortunate for him. Hopefully this will heal up because I know the work he’s put in. I know he’s down about it, but hopefully we are giving him some good reasons to come back and help us out in Week 8 or eight weeks from now.”

Is the plan right now to continue forward with WR Richie James Jr. often coming in in the slot in multiple receiver sets and then maybe Jalen once he’s back from the back?

“Yes, definitely. All of our guys this year we’ve used in the slot, but Richie’s the main guy who’s been playing the F position, which we label the F, but almost every guy we use there.”

Are you still expecting Jalen to come back after the Bye? Is that the plan?

What’s his progress been?

“He’s on track. We’ll see how it is when we get back from the Bye week. I know he’s got a lot of work to do when we all get away from here for a little bit for the four days or whatever it is we are. But, it’ll be big, the work he puts in while we’re away and we expect him to bready when we get back.”

What did you like the most the first two games and what’s the main adjustment you have to do for this match?

“I like the most that we won both, just being 2-0. I think that’s an obvious answer, but the way we did it was different. The first game was a little bit more of an ugly win, which I was very excited to be able to pull off because I don’t think we’ve done that. Last game was, not many happen like that, it was really good on all three phases. Wish they were all like that, but they rarely are.”

Do you expect T Sam Young to be active at swing tackle on Sunday?

If Jimmie Ward plays, is the plan to use him like you did in that third preseason game in the slot and free safety?

How did Dee Ford look today out at practice?

“He looked great because we walk through, so everyone looked awesome. Hopefully he’ll be feeling good on Sunday. I know he wasn’t able to go this week, today it was the plan for him to go, which I know he was going to go out there and battle through it, but we took it all to walk through to rest the guys with how hard they went the two days before. So, he said he felt good. He looked good walking through, but I know that’ll go all the way up until Sunday.”

He never missed any games with the knee, at least, in Kansas City, but he obviously missed the second half of the Sunday game. Is that an indication that this has gotten worse for him over time?

“I’m not sure. I think it flared up a little bit last week. The reasons for that, I’m not sure. I know we did have three days on turf and then we went and played on turf, so always when you do something like that, turf is not as good as grass. So, you throw that into it a little bit. I know he’s feeling better now than he has the last few days, but he’s still not fully there yet. We’ll see how these next 48 hours go. Hopefully they go well. If it does, I know he’s confident to go out there, especially with the time we’re going to get off the following week.”

Where does TE George Kittle rank just as a blocker in terms of other tight ends just since you’ve been in the league?

Do you have a favorite block of his?

“He’s done it a bunch. I mean, he finishes guys to the ground all the time. He’s wired to do it, the way he can coil his body and really get under people and drive his legs, but he’s also got the mentality to do it. He enjoys running the ball just as much as throwing the ball. He’s a guy who’s very rarely coming to me on the sidelines and says, ‘Give me the ball.’ If we’re running it, he’s always saying to keep calling runs, get after it. You know what he can do in the pass game, and the way he acts when the ball is in his hands is the way he blocks, which is very physical and it’s very fun to watch and very excited he’s on our team.”

As far as Joe Staley, is the fact that you guys haven’t put him on IR indicate that you think that that’s a less than eight-week injury?

“Yes, that’s what we’re hoping. We’ve got it all estimated around that six-week area. But, it’s just an estimate. But, the chance that it’s got to be less than two weeks, that’s why we’re not putting him on IR.”

How Kliff Kingsbury can fix the Cardinals’ red zone issues

Steelers vs. 49ers, who wins and why?

Josh Rosen is starting at quarterback for Miami, what that means for the Dallas Cowboys